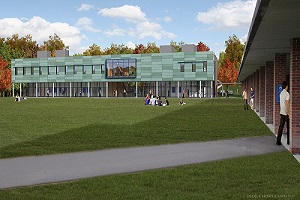 Project Benefit: The construction of the new Center will help the College to advance its science, technology, engineering and mathematics curriculum. By refunding its 2004 Series A bonds, Landmark College will be able to use the refunding savings to cover the annual debt service payments for the new borrowing.

Economic Benefits: Landmark College estimates the new project will bring over twenty full-time equivalent jobs to the community during the construction phase. Once completed, four permanent positions are expected to be created – two faculty members in mathematics/computer science, one senior research position and one maintenance position.