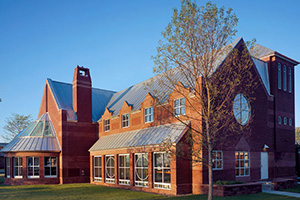 Project Benefit: Based on the results of admitted student surveys, the college feels that it is at a recruiting disadvantage because of the perceived quality of housing available and the lack of a modern student center. Saint Michael’s needs to enhance and expand its facilities to remain competitive in the New England private college market.

The refunding will allow for a complete debt restructuring and when coupled with the new money issue, provide a tailored debt service structure. The refunding will achieve meaningful savings on the existing outstanding debt from reduced interest rates.

Economic Benefits: The Saint Michaels College Student Center & Residential Hall project will bring $24.7m into the local economy in construction dollars alone. Approximately 85% of the dollar value of the construction cost is going directly to Vermont based sub-contractors, vendors and suppliers. There are over 30 subcontractors, vendors and suppliers working on the project and at its peak the project will have over 250 construction workers employed on site. Upon completion, the college will increase its staff by 2-3 FTE’s. The associated salaries and wages are projected at $97,000. The college also expects to purchase approximately $84,000 per year in supplies primarily from local vendors. The refunding is expected to generate an estimated $4.2 million in total cash flow savings over the life of the bonds.